UK rockers, Righteous Reprobates, release this catchy guitar anthem, featuring a fantastic hook and some vaguely psychedelic phaser-soaked guitars. The band take influence from a mix of 60s/70s rock acts as well as Britpop groups such as Oasis and Blur. This track and their previous single ‘My Psychosis’ are set to appear on the band’s upcoming album.

Formed in 2000 as The Earl Grey Band, these fun Netherlands rockers have been slowly making a name for themselves over the years. They’ve since toured in America and gained the support from the likes of 10CC and Status Quo. Under their new moniker, W.A.L.E (which I’ve come to learn is a playful combination of the two founding member’s last names, W de WAij and Van LEuwen) they’ve now aimed their sights on the UK, releasing this stunning guitar record Come Together.

The album is a well-balanced mix of loud and soft. Sweet, breezy ballads like ‘Another Wonderful Day’ and ‘There’s no other one like you’ are contrasted with upbeat crowd-pleasers like ‘Taxman’ and ‘On your way’. Come Together is definitely an album for rock traditionalists, sporting epic but tasteful guitar solos and an impressively rich vocal tone. The Tom Petty influence is clear. However, there are hints of other musical inspirations along the way, ‘I’m In Love With You’ featuring some cheery horns and a bubbly groove that reminds me of The Beatles song ‘Come Together’ (after which I’m sure this album is named!).

Overall, this is a solid album from the Dutch rock group. Guitar-lovers worldwide should be giving these guys a listen.

Travelling Man is a gorgeous guitar record that takes inspiration from rock artists as wide-ranging as Blur, The Kinks and Paul McCartney.

Velvety vocal harmonies and Gallagher-influenced guitar solos make for some solid rock ballads. The lyrics meanwhile are nostalgic and rich in feeling.

Highlights include the beautiful ‘Third Movement’ which deals with depression as a result of heartbreak and the comically spooky ‘Ghosthunter’ which has a semi-ska vibe to it. ‘Fever’ meanwhile is lively Britpop number revolving around mental illness and inspired by a time Nigel collapsed in his kitchen.

Overall, it’s a highly engaging listen and one of the most soulful modern indie rock albums you’re likely to hear for a while. 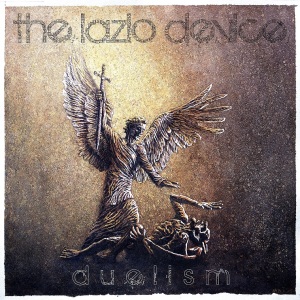 When a new band are being compared to the finest in British indie over the last two decades, then you should already know that they will be a force to be reckoned with. Lazlo Device are a four piece from London who have already been likened to Elbow, Arcade Fire, Alt J, Blur, Tool,  Joy Division,  Radiohead and more. With their very own brand of hypnotic, ethereal indie-rock, they are quickly picking up momentum and new fans in equal measure.

Having already supported the likes of 10cc and Finley Quaye in huge UK shows, Lazlo Device are now ready to make their mark. It all started with two previously released EPs, which quickly established their subtle, infectious sound. Now, following the ‘Looking Glass’ single release (see the video below), their ‘Duelism’ album is set to take them to new heights.

The album launch on March 12th at the Barfly, London will be the final culmination of what the band describe as “4 years of hard bloody work”. That hard work has resulted in a well-rounded blend of melodic guitar, distinctive vocals and superb production which makes up the ‘Duelism’ album.

On first listen, it’s immediately clear that this album comes from a confident band sure in their footing. From the very first melodic guitar tones of opening track ‘Gunslinger’, this is dripping with swagger and style. And once those drums kick in, a motor is underway that doesn’t stop until the final chords of the excellently twisted ‘Raining Sun’, complete with electronica overtones. In a way, these bookends typify the variety on offer from Lazlo Device – from straight up rock to 80s tinged synth sounds.

In between tracks like ‘Uncertain Beginnings’ show a lighter side thanks to the classical style piano section overlaid with that superb distinct vocal. Then later there’s ‘Momo’, which is almost surf rock in its laid back nature. These are just a few examples from an album chock full of creativity, ideas and quality.

It’s an LP that’s made to turn heads, and with the likes of Dominic Howard (Muse) and Howard Donald (Take That) already among their fans, the scene is set for the album to make a real impact. If further proof is needed, they have also garnered the attention of pop legend Neneh Cherry, who recently  attended one of their gigs. Their music is also about to be featured on a forthcoming BBC documentary about the Black Panthers.

It’s all set up to be a huge year for Lazlo Device, and it all starts with the ‘Duelism’ album.

“Raving Wild has all the seriousness of good indie folk music but is very pop-alt relevant!” 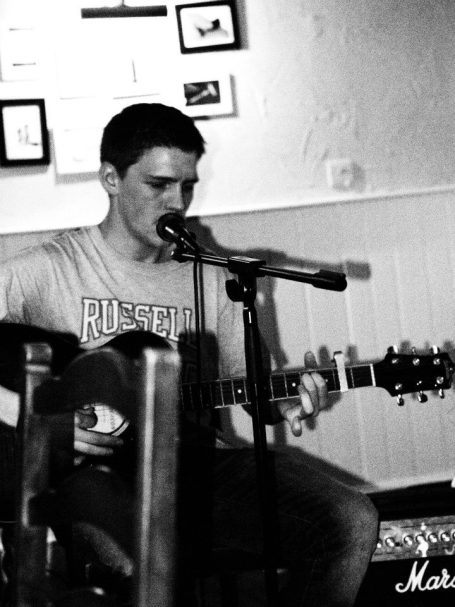 Raving Wild is set to release contemplative indie EP ‘Kolmanskop’, a cathartic project that deals with life lessons learned from past mistakes.

Having appeared on Tom Robinson’s BBC 6 show and BBC Introducing Three Counties amongst others, Raving Wild is one of the most intriguing and riveting singer songwriters on the indie scene at the moment. Signed to Coffee Jingle Records, the musician has earned praises from media platforms such as The National Student declaring that Raving Wild aka. Graham Iddon is “crafting a sound that is delicate yet powerful, embedding subtle instrumental intricacies within hook-heavy ballads.” Other people who complimented his music include Liz Mitchell of Boney M.

With a touch of Jeff Buckley and City and Colour, the EP and eponymous single ‘Kolmanskop’ is an ode to an abandoned mining town in the Namib desert which Raving Wild used as a symbol for the EP’s concept “Lessons learned in the desert”, an inspiration that derived from a soul searching mission in which the artist wanted to understand how he could learn from past mistakes and understand the world around him better. The lead single, ‘At The Crossroads’, sets the perfect mood for the life journey that the singer describes in the record.

Check out ‘At The Crossroads’ here:

Having lived in a miner’s town himself during his early childhood years (albeit not in the desert but in the North East of England), Raving Wild has managed to mix concept with personal experience. To make the recording process as authentic and ‘desert-like’ as possible, the singer dehydrated himself 24 hours prior to the making of ‘Kolmanskop’. He also explains: “This is, to my knowledge, the only track in the world where a pickaxe makes part of the percussion.”

Raving Wild has recently had the opportunity of playing at the film set of the latest Star Wars movie at the prestigious Pinewood Studios in London as well as in front of a couple of thousand people at Parklife Festival in Aylesbury last year.

Apart from being a talented songwriter and lyricist, Raving Wild’s interests range from attempting to break the record in the land speed of an office chair or eating a tin of hot dogs in the fastest time possible. He’s managed eight in 16 seconds which means he did not break the record.

We might not read about Raving Wild in the Guinness Book of Records, but it is more than likely that he will gain growing attention for his music in the world’s entertainment sections.

The single ‘Need For Love’ is available on itunes on 5th March 2016.

“A British singer-songwriter has become an unlikely hero in Hong Kong, where his anthem to overcoming adversity has galvanised free-speech protesters.” — The Guardian

In the follow-up to his 2014 hit song ‘This Is My Dream,’ which beat the likes of Katy Perry and Lady Gaga to reach number 1 on the Hong Kong iTunes charts, British singer-songwriter Kashy Keegan returns with his most heartfelt and personal collection of songs to date.

His musical journey began at the age of seven when he first started taking piano lessons and he wrote his first song around the age of 10. Having spent most of his teenage years in isolation to write and record his music, Kashy has always been certain in terms of his aspirations. The songwriter grew up to the music of artists like Elton John or Tracy Chapman as well as Gospel music, which contributed to the development of his own songwriting techniques.

“Life is a lot about how we deal with change – endings, new beginnings, opportunity, loss, love and separation; change is the one constant in life. The past five years have brought some of the biggest changes I have experienced. Starting a new life on the other side of the world; getting married; career changes; body changes and just about everything in between. I have lived through the biggest highs and lows of my life and learnt greatly from these experiences. And so I decided to call my new album ‘Inner song’ because these songs are my account of those changes from the inside out.”

With this album, Kashy is now entering the next chapter of his inspiring story and continues to both encourage people with his positive message and share a breathtaking set of soulful pop songs.

The single ‘Need For Love’ is available on itunes on 5th March 2016.